Read on to find out whether joining the Qantas Club is worth your while in 2021. In this guide, we'll show you everything you need to know about Qantas Club membership and crunch the numbers on pricing.

Plus, we'll highlight various ways to enter the frosted doors of the Qantas Club without holding a paid membership, or by leveraging a Qantas Club sale.

Is the Qantas Club worth joining in 2021?

An annual Qantas Club membership commands a significant fee, so its value proposition needs to be weighed up against your personal circumstances.

Or, read on to discover whether joining the Qantas Club could be worth your while this year.

Qantas Club membership unlocks access to an extensive network of Qantas lounges in Australia and overseas, providing a premium space where travellers can relax before a flight whilst enjoying complimentary refreshments, high-speed internet, business and shower facilities.

These benefits are provided regardless of your status tier or class of travel. You simply need to be flying with an eligible airline.

Once you're a carded up Qantas Club member, you'll also gain access to selected perks outside the Lounge when you fly Qantas. This includes priority check-in, preference for domestic upgrades and an additional checked baggage allowance.

The Qantas network of lounges is the largest of any airline in Australia. Along with access to domestic Qantas Clubs in capital and regional cities, membership unlocks entry to a range of premium Qantas operated lounges overseas.

Joining the Qantas Club provides access to a range of handy benefits, above and beyond access to individual Qantas Lounges. Key perks that members can access on the ground and in the sky include:

Qantas Club Membership provides the primary member and one guest entry to Qantas Clubs and International Business Lounges prior to flying. Children aged 17 or under are generally admitted at the discretion of the lounge (more information is here).

Note that access rules vary between lounges, and some restrictions may apply. For example, at the time of writing, Qantas Club members are unable to access to Qantas Singapore Lounge due to longstanding issues with overcrowding. When in doubt, check the Qantas website for the most up to date access information.

How much does Qantas Club Membership normally cost?

Access to the Qantas Club is convenient, but it doesn't come cheap. Below, we've outlined the standard membership costs you can expect to pay.

Qantas Club memberships are offered in one, two or four-year blocks. The usual pricing in dollars and points is as follows:

If you’re a new member taking up an Individual membership, a joining fee of $399 is levied. This charge does not apply for renewals or corporate memberships.

While membership isn't cheap by any means, you'll receive 3 Qantas Points per $1 spent on Qantas Club memberships, which can help to sweeten the deal.

Can I join the Qantas Club with frequent flyer points?

But while Qantas points can be used to redeem for Qantas Club membership, this generally represents a poor use of points when compared with business or first class flights.

How to visit the Qantas Club without paying

Before you commit to Qantas Club membership, it's worth knowing that there is a range of ways you might be able to experience a Qantas Club or Lounge without being a carded up member, or at a significant discount.

Get a credit card that offers Qantas Club passes

For a chance to sample the benefits of the Qantas Club a couple of times per year, why not consider choosing a credit card that offers complimentary passes to Qantas owned and operated lounges before you shell out for a full membership?

Many Qantas linked credit cards offer two single entry passes to Qantas Clubs and selected International Lounges each year you hold the card. Taking up one of these cards can help you to experience lounges at home or overseas – without breaking the bank. 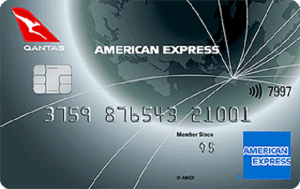 Go to Offer
Our Review
*Eligibility criteria, minimum spend, other T&Cs apply
Receive 100,000 bonus Qantas Points when you apply online, are approved and spend $3,000 on your new Card within the first 3 months. Offer available to new Card Members only. Plus, receive a $450 Qantas Travel Credit each year.

Go to Offer
Our Review
*Eligibility criteria, minimum spend, other T&Cs apply
Enjoy 120,000 bonus Qantas Points with the American Express® Qantas Business Rewards Card when you apply online by 18 May 2022, are approved and spend $3k within the first 2 months after approval. New Card Members only, T&Cs apply.

You can browse our full range of Qantas linked credit cards here.

If you're not willing to invest in a Qantas Club membership, you may be able to purchase a single access pass. Qantas occasionally sends email invitations to travellers, inviting them to purchase a lounge access pass. Emails are usually sent out between two to five days before the flight.

This can be a good way of working out whether a Qantas Club membership is worth investing in before you commit.

Several times per year, Qantas runs sales and promotions on Individual Qantas Club memberships. The offers can include discounted or waived joining fees, and a reduction on renewal fees.

The most recent Qantas Club sale took place in November 2019. We publish all Qantas Club joining offers right here. You can also subscribe to our newsletter to ensure you don't miss out on the next one.

A network of over 50 Qantas Clubs and Lounges are operated in Australia and overseas. There are six different lounge types, of which three are accessible to Qantas Club members. These include:

If you're travelling domestically, you can expect to visit a Qantas Club before your flight. Qantas boasts domestic Qantas Clubs in no less than 24 locations. This includes all Australian capital cities and selected regional locations.

At the time of writing, locations include:

Space at regional Qantas Club locations can get restricted, and as a result, they can tend to get crowded at peak times.

The Qantas International Business Lounge can be found at the following locations:

If you're thinking about joining the Qantas Club, you'll want to maximise access to the small network of Qantas International Lounges. Why? These are premium combined business and first-class flagship lounges that you'll want to spend some serious time in!

Visitors to these high-quality spaces can expect to enjoy a la carte dining, premium beverage options and other high-end facilities. At the time of writing, locations include Brisbane, Hong Kong, London and Perth.

The amenities you can expect to see on offer at Qantas Clubs will vary by Lounge type and size. At the upper end, selected premium International Business Lounges offer a la carte dining options and lush facilities. However, smaller domestic Qantas Clubs may only offer limited refreshments and restricted seating.

At a base level, you should expect to have access to the following amenities and facilities at any Qantas Club Lounge you visit:

A Qantas Club Membership can unlock comfort and convenience for leisure and business travellers – even when flying in economy. However, joining up doesn't come cheap, so it's important that you consider your own personal travel patterns before deciding to pay.

Membership can make sense if you plan to travel and can make use of a Qantas Lounge frequently (my general rule of thumb would be ten or more times per year), or if you can take advantage of one of the promotions that Qantas runs several times per year. It might also be worth joining if you could make multiple visits to one of the ultra-premium lounges, such as the Qantas Hong Kong or London Lounge.

However, if you only travel infrequently, obtaining single entry lounge passes through a Qantas co-brand credit card or waiting for an invitation to purchase lounge access from Qantas can make much more financial sense.