Trans-Tasman business class travel is popular amongst Australians, with many opting to spend hard-earned Qantas and Velocity points on a luxurious trip across the ditch.

However, it doesn't come cheap. A one-way redemption via Qantas or Velocity costs between 35,000 to 40,000 points or even more (plus carrier fees), depending on your city of departure.

But did you know that you can book trans-Tasman business class for just 15,000 miles?

There's a lesser-known loyalty program that can provide incredible value for Australians looking to cross the Tasman in style – Virgin Atlantic Flying Club.

In this post, I'll explain how you can leverage Virgin Atlantic to score a one-way international business class flight from Sydney to Auckland for just 15,000 miles (plus carrier fees) – less than half the points you'd pay with Qantas or Virgin Australia! There's also loads of availability to travel from many Australian cities to Auckland in economy for just 10,000 miles.

Read on to find out how.

Virgin Atlantic isn't an airline program we hear much about in Australia, but it's one that absolutely should be on your radar if you hold a credit card such as the Amex Platinum Card or Amex Platinum Edge Credit Card.

Virgin Atlantic counts Air New Zealand as a partner, unlocking trans-Tasman redemptions in Air New Zealand business class for less than half the points outlay you'd pay to redeem via Qantas or Velocity.

I fly to Auckland frequently. With a lie-flat seat, bottomless Champagne and personable service from a friendly crew, Air New Zealand's international grade business class is one of my favourite ways to get there.

How does this compare with Australian loyalty programs? The table below calls out the cost to redeem a one-way business class award flight between Sydney and Auckland using Qantas, Velocity and Virgin Atlantic. As you can see, Virgin Atlantic costs less than half of the points you'd fork out when redeeming via Qantas or Velocity:

Of course, if business class isn't your thing, don't fret. Subject to availability, you can also nab a one way Air NZ economy class trans-Tasman flight for just 10,000 Virgin Atlantic miles (plus carrier fees) – and there's plenty of availability from many Australian cities, as we detail below.

The best value economy redemption is arguably Perth – Auckland, with a flying time of over 7 hours. The table below sets out the redemption costs between Qantas, Velocity and Virgin Atlantic on this medium-haul route. Once again, Virgin Atlantic comes out ahead of the pack on both the points cost and carrier charges:

Ok, so what award space is available right now?

At the time of writing, Air NZ business class availability is limited. However, we've found at least two business class seats available between Sydney and Auckland from the tail end of the summer holiday period into mid-February.

We're also seeing extensive economy class awards (often four seats or more) on a number of routes, including between Perth and Auckland. Here's what we've found:

Sydney: At least two business class seats most days between 21 January 2020 until late February 2020. Four economy seats available from February 2020 for the rest of the year, including most days over Easter.

Melbourne: Four economy seats available from mid-February 2020 until mid-December 2020, including selected days over the Easter break. No business class availability.

Brisbane: Four economy seats available from mid-February 2020 until mid-December 2020, including selected days over the Easter break. No business class availability.

Adelaide: Four economy seats available from most days late April 2020 until mid-September 2020, and then from mid-October 2020 to mid-December 2020. No business class availability.

Perth: Four economy seats available from mid to late March 2020, and then from May 2020 to mid-December 2020. No business class availability.

Note that award availability is subject to change at any time. Taxes and carrier fees apply in addition to the mileage cost.

Yes! While we're only seeing limited business class availability ex Sydney at the moment, it's often possible to find business class seat availability on other routes, with the exception of Perth – Auckland. In fact, late last year, I was personally able to locate and book four Air NZ business award seats with Virgin Atlantic miles, for travel over the Easter break from Adelaide to Auckland return.

That being said, Air New Zealand can be notoriously stingy when it comes to releasing premium award space to partners and there's often no rhyme or reason to release patterns. The state of play can change quickly, so it pays to check availability often.

How to book Air New Zealand awards via Virgin Atlantic

In Australia, the easiest way to obtain Virgin Atlantic Flying Club miles is through an American Express Membership Rewards credit card which earns into the Ascent or Ascent Premium tier.

Of course, you'll also need to be a member of Virgin Atlantic Flying Club to use the program. You can join for free quickly and easily here.

You'll need to allow time for the transfer, so plan ahead. Amex states that the miles may take up to five business days to show up in your Virgin Atlantic Flying Club account.

How to book Air New Zealand awards with Virgin Atlantic

Once you have your Virgin Atlantic miles, it's time to book.

Note that partner awards using Virgin Atlantic miles can only be booked over the phone, and you can't search for Air New Zealand award space using the Virgin Atlantic website.

While it might start to sound like it's all too hard, don't despair. Air NZ award space can be easily searched via other partners. Also, I can confidently say that Virgin Atlantic phone agents are some of the best in the business – they are generally very knowledgeable, able to locate seats quickly and very good to deal with.

To search for Air NZ partner award space via United, navigate to the flight search screen here. Select ‘Yes' when asked if you want to book in a Mileage Plus ticket and enter your desired dates.

As mentioned above, Air NZ award space can be patchy, and some routes may show only very limited availability. Ticking the ‘flexible dates' option will enable you to view availability across a 30 day period:

Once you've hit the ‘search' button', the United site will bring up the available award space (if any), at ‘Saver' rates. Taxes will also be displayed – and these are roughly around $120 AUD per sector between Australia and New Zealand.

Once you've searched for availability and located date(s) on your route of choice, it's time to call up and book via Virgin Atlantic Flying Club.

The US call centre can be reached on 1-800-365-9500. It's generally staffed by friendly, competent agents who will proactively step you through the booking process. Simply feed them your dates and they will do the rest.

Once the booking has been completed, you should receive your e-ticket shortly thereafter via email. Simple!

Note that there is a $50 USD cancellation or change fee per person (up to 24 hours before departure), with all miles and taxes refunded. If you're cancelling within 24 hours of the flight, you'll only receive your taxes back (miles are forfeited).

Air NZ operates international grade Boeing 777 and 787-9 aircraft for travel between New Zealand and a number of Australian cities – including Adelaide, Brisbane, Melbourne, Perth and Sydney. Passengers in Business Premier enjoy additional baggage allowance and lounge entry before the flight.

It certainly beats the Qantas and Virgin Australia services operated by the Boeing 737!

Not only will you enjoy a true, international-grade business class product across the Tasman, you'll also pay less than half the mileage cost you'd need to fork out via Qantas or Virgin Australia to fly one of the same routes.

It's a particularly valuable redemption on routes like Adelaide to Auckland, where Air New Zealand holds a monopoly, and where revenue tickets, by consequence, are typically very expensive.

And with many dates offering up to four seats, families who can't usually push their points haul far can often find an opportunity to travel together.

The fact is, for those looking to earn and burn American Express Membership Rewards points, Air New Zealand business class flights booked via Virgin Atlantic are up there as one of the best redemptions around.

Up to 200,000 Membership Rewards points*New Card Members only.

Up to 2.25 Membership Rewards points per $1 spent

3 Membership Rewards points per $1 at major supermarkets & petrol stations, 2 points per $1 on overseas spend, and 1 point per $1 everywhere else

Go to Offer
Our Review
*Eligibility criteria, minimum spend, other T&Cs apply
Receive 50,000 Bonus Membership Rewards Points when you apply online by 27 January 2021, are approved and spend $1,500 on your new Card within the first 3 months. T&Cs apply. New Card Members only. Plus, receive a $200 Travel Credit each Card Membership year.

Will you be putting Air New Zealand business class on your redemption list for 2020? Four ways to earn Qantas Status Credits on the ground 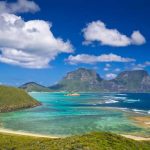 Snap them up: Qantas releases loads of award seats to Lord Howe Island