Launching later this week, Qantas Frequent Flyers can earn up to 5,000 Qantas Points when they link their membership number to their Afterpay account.

Accounting for over 15 per cent of all online retail in Australia, Afterpay has transformed the way people make purchases by allowing shoppers to receive products immediately and pay in four fortnightly instalments, with no additional cost to them.

A Qantas spokesperson said earning points with Afterpay would be a huge advantage to the program’s large portion of ‘frequent buyers’, who maximise their points earn on everyday spend.

How Australian customers can earn Qantas Points with Afterpay:

New to Afterpay: Earn 500 Qantas Points for joining and adding your Qantas Frequent Flyer membership number to your Afterpay account and earn 1 Qantas Point per $1 spent, up to a total of 5,000 Qantas Points.

Afterpay is free for customers who pay on time, helping consumers budget for what they need in a responsible way, without incurring interest, fees or revolving in extended debt.

Afterpay is offered by over 48,000 of the world’s best retailers and has more than 8 million active customers globally. The service is currently available in Australia, New Zealand, the United States, and the United Kingdom where it is called Clearpay.

We'll be bringing you more information about this new initiative as it comes to hand. 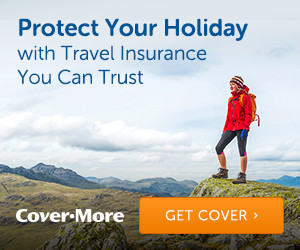