Qantas and Jetstar have announced that they will form part of the minimum domestic and regional network supported by the Australian Government. This follows on from a recent announcement by Virgin Australia to recommence multiple weekly flights.

This will see the number of passenger flights operated increase from 105 per week currently to 164 per week to all capital cities and 36 regional destinations.

While travel restrictions mean most passenger flights are not commercially viable at the moment, Qantas says there remains a need for some essential travel – particularly given the distances between most Australian cities.

These flights will also provide critical freight capacity, which has fallen significantly as commercial air networks have shrunk. Much of the bellyspace on these flights will be used for mail and other urgent shipments, including medical equipment.

The temporary regional network focuses on towns that are more than two hours’ drive from key transport hubs.

The additional flights will roll out from Friday 17 April and be fully operational by Monday 20 April. Fares can be booked as per normal via Qantas.com and Jetstar.com. Customers are reminded that various quarantine restrictions apply across states and territories.

The domestic and regional networks operated by Qantas, QantasLink and Jetstar are in addition to a small number of international flights (operated by Qantas) and ongoing operations by Qantas Freight as part of the national carrier’s role in maintaining critical transport links. 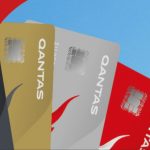